Word from the Pastor

Each week Pastor shares his thoughts with a “Word from the Pastor” section in our printed bulletin. We wanted to post them here for you to enjoy as well!

Jocko Willink is a former Navy Seal Officer and saw much combat action in Iraq. When things went wrong in his unit, and there were lives lost through friendly fire, he took 100% responsibility of what took place before his superiors upon debriefing. He co-wrote a the book Extreme Ownership for leaders to harness this mind-set for success and efficiency. He says, “The book derives its title from the underlying principle — the mind-set — that provides the foundation for all the rest: Extreme Ownership. Leaders must own everything in their world. There is no one else to blame… I had to take complete ownership of what went wrong. That is what a leader does — even if it means getting fired. If anyone was to be blamed and fired for what happened, let it be me.”

The first lesson of extreme ownership is that we all need to stop being victims, and start being leaders. Extreme ownership means owning every single thing. This means all decisions, consequences, actions, and reactions are on us. If we look at extreme ownership as represented by a simple formula, it’s basically 100% responsibility, with 0% blame. We can’t lead others until we lead and discipline ourselves, taking 100% responsibility for our own bodies, minds, spirits, relationships, finances, physical environments, etc. Then God can do a work in and through us when we see the end of ourselves. 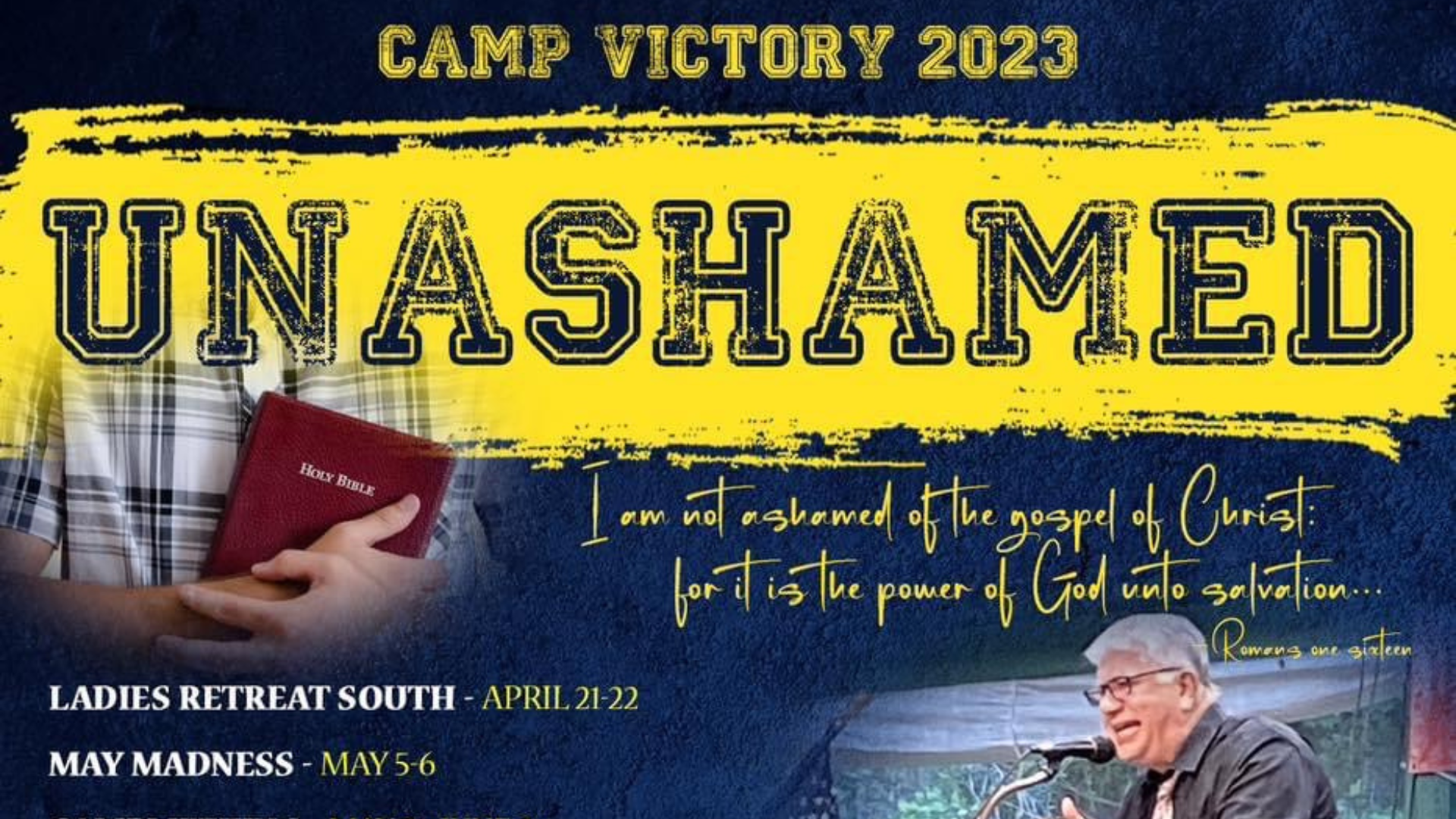 We will be heading back to Camp Victory this July! Fundraising event will be announced soon! 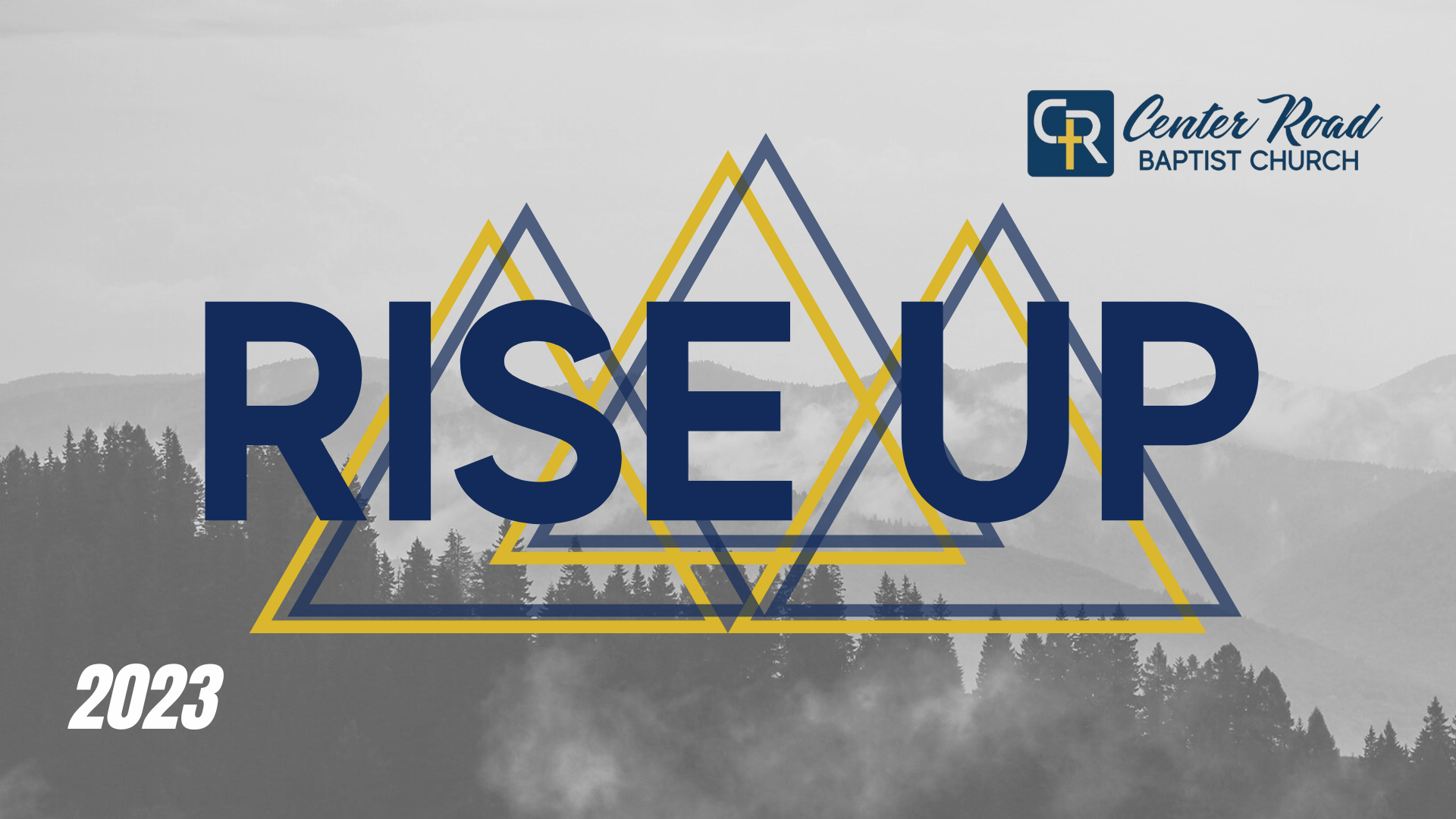 As we brave the winter months, a 5 week series of combined services have us home before its dark and its a fun time to fellowship over lunch as a church family!

An age approriate children’s program that takes place during our normal church services.

A casual time of fellowship, singing, fun, and a wonderful meal followed by a practical Biblical challenge.

A casual time of fellowship, singing, fun, and a wonderful meal followed by a practical Biblical challenge.

Visiting shut-ins, the sick, and getting the Gospel out in our community.

The Friendliest Church In Town

Center Road Baptist Church is an independent Baptist church founded in August, 1966 by Pastor Barney Lee, with his wife, Lillian, and their three children, Kenny, Patty and Jenny, by his side. Upon graduating from Bible College while still in Michigan, Dr. Lee originally had planned on going to Chicago to start a church, hearing it was a needy area. He believed God closed that door, so, upon hearing Buffalo, NY was also a needy place, he decided to investigate further.

Dr. Lee followed his calling and on July 4th, 1966, the Lee family moved from Pontiac, Michigan to West Seneca, New York. On August 14th, the church began in the Odd Fellows Hall, 104 Aurora Avenue, under the name Buffalo Baptist Temple. Ten months later, the building was greatly damaged by fire caused by a teenage gang and it became necessary to change locations. For over three years, the church met in the Masonic Temple at Main and Mill streets. In 1968, the church purchased 6 6/8 acres of land on Center Road in West Seneca and, as Pastor Lee wanted a name that would identify its location more, changed the name to Center Road Baptist Church.

Many notable miracles took place in establishing the church, building the new building, establishing a school, and overcoming overwhelming opposition from both outside and sadly, inside as well. Dr. Lee recorded many of these precious and powerful incidents in his booklet, Remembering the Miracles. On Palm Sunday, 1971, the church moved into the new building on Center Road. Sunday School classes met on the lower level of the building on a crushed stone floor. The upper level had only a plywood subfloor and the only heating system was an overhead garage-type heater.

By 1973, the average weekly attendance was 325! Nine bus routes had developed, which brought in most of the people. In September of that same year, the Day Care began and in 1974, the Center Road Christian Academy was born. The goals of the ministry were to reach families and provide for their needs. Additionally, the church supported twenty missionaries and six home mission projects!

In 1995, nearly thirty years after starting the church, Pastor Lee became the Pastor Emeritus and Pastor Bill Livermore became the new pastor. His wife is Mrs. Jenny (Lee) Livermore, Pastor Lee’s daughter. He was pastoring a small church in Buffalo, and, when they came to Center Road with their two sons, Bill and Sam, they brought several of the people from that church with them. The Livermore family was at Center Road for twenty years, in which time three other churches were established in: Bradford, PA, Warren, PA, and Salamanca, NY.

The pastor of the Salamanca work – Center Street Baptist Church, was Ed Darling. In 2016 he and his wife Rita assumed the leadership of Center Road once Bro. Livermore resigned and took the pastorate in Warren, PA. In turn, Bro. Darling’s son-in-law assumed the pastorate of Center Street. After two years, Bro. Darling, struggling with health issues, resigned the pastorate and, after the deacons led the church for some time, welcomed Robert Perrotti on as Interim Pastor in October of 2019.

The history of Center Road Baptist is still being written. What Pastor Lee called the “Friendliest Church in Town” has a renewed mission of “Speaking the Truth in Love”! We strive to be and do those things in truth and are always excited for the opportunity of new folks to experience them.

We have an active missions program where folks give by faith over and above their tithe to support those who have dedicated their lives to serve God in the area of missions. We also have a missions conference each year where we try to give missionaries a platform to present their work and increase their support.